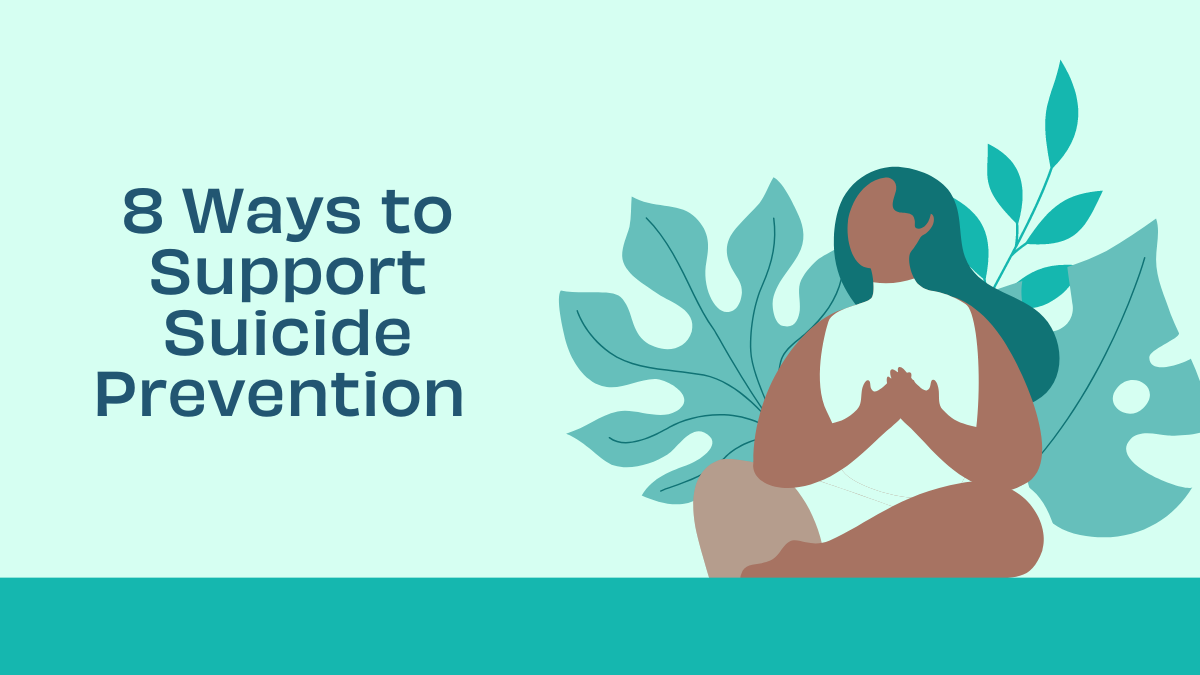 Suicide is a leading cause of death in the United States. It was responsible for nearly 46,000 deaths in 2020. In 2020, an estimated 12.2 million adults seriously thought about suicide, 3.2 million made a plan, and 1.2 million attempted suicide. The increasing national spotlight on mental health is a strong start, but there is still much work to be done in order to save lives.

In honor of Suicide Prevention Month, we’re highlighting eight non-profits that provide on-the-ground support and advocacy services to help remove the stigma around mental health support. Read about the important work these organizations do, and consider making a donation to help fund their programs and outreach.

If you are having thoughts of suicide, call the National Suicide Prevention Lifeline at 800-273-8255 (TALK) or go to speakingofsuicide.com for a list of additional resources.

What it does: The American Federation for Suicide Prevention funds scientific research and provides educational resources about mental health and suicide prevention. They also offer support for those who are grieving after experiencing a loss from suicide.  In addition to advocacy offices in New York City and Washington, DC, AFSP has local chapters in all 50 states that provide support services.

What it does: Befriends Worldwide truly has a global impact, with nearly 350 support centers across 32 countries on five continents. The organization provides emotional support services via phone, text, in-person, online chat, outreach, and local partnerships. Help is available in over 20 languages.

Key programming your funds will support: One-on-one suicide prevention support is the cornerstone of Befriends Worldwide’s work. Conversations are confidential and anonymous so that participants feel like they’re in a safe place to get help.

What it does: Crisis Text Line lets people get support via text or WhatsApp, whether they’re having thoughts about suicide or need any kind of emotional support. A trained volunteer will be available to provide support within five minutes and will continue to chat and listen until the individual has arrived at an emotionally safe space.

Key programming your funds will support: The Crisis Text Line is a 24-hour service that is fueled by a large network of trained, devoted volunteers. The service is available in the U.S., Canada, the United Kingdom, and Ireland.

What it does: Suicide Awareness Voices of Education (SAVE) is a public awareness and education organization. They have developed best practices for media reporting on suicide as well as workplace prevention programs.

What it does: Veterans are at a 50% higher risk of suicide than non-veterans, which is why Stop Soldier Suicide provides mental health support and alternative therapies. Each individual is paired with a wellness coordinator and receives a one-on-one assessment, a veteran-centered action plan, individualized tools, and follow-up care along with long-term assistance.

Key programming your funds will support: Stop Soldier Suicide uses best-in-class care with providers who are Certified Clinical Trauma Specialists. They have experience treating traumatic stress and PTSD, both of which are common among veterans.

What it does: The Jed Foundation focuses on suicide prevention and support for teens and young adults. It works to strengthen emotional health and prevent substance misuse, self-harm, and suicide. The Foundation provides direct programming with high schools, colleges, and universities. It also has a strong presence on social media and within local communities to connect with young adults and teens who need help.

Key programming your funds will support: The Jed High School Program gives school districts tools to evaluate their prevention efforts. The Set to Go Program has served over 800,000 teens and parents by providing resources on emotional health and well-being. The Jed Foundation also puts on workshops to teach parents how to identify signs of emotional struggles in youth.

What it does: The Trevor Project works to support suicide prevention among LGBTQ young people. They offer crisis services that are available 24 hours a day, 365 days a year. Volunteer adults are available over chat, call, and text.

Key programming your funds will support: In addition to a constant support line, The Trevor Project provides research, advocacy, and public education. The organization has also created TrevorSpace, a global, online community where teens can connect with others like them.

What it does: Trans Lifeline is a trans peer support community that provides both emotional and financial support. Since its founding in 2014, the organization has answered 100,000 calls and disbursed over $1 million.

Key programming your funds will support: There are two primary programs operated by Trans Lifeline. The Grassroots Hotline is run entirely by trans volunteers, allowing callers to benefit from a shared lived experience. Microgrants are used to fund updating names and gender markers on legal documents, as well as providing support for trans community members in jail.